The Positive Impact on the Market Research Industry During the Pandemic

The Positive Impact on the Market Research Industry During the Pandemic The market research industry is flourishing, and it’s all thanks to the pandemic. Read

What France Really Thinks Of The UK, Post-Referendum.

Brexit has been a hot topic since the early stages of the referendum and has morphed into a huge galactic star that we can see but not reach. We know that it’s there, we know that it sometimes shines and other times fades, however we cannot comprehend all of the star’s characteristics and elements it possesses. This has naturally caused a lot of assumptions and unfortunately no concrete facts have emerged from the negotiations between UK and the EU so far. 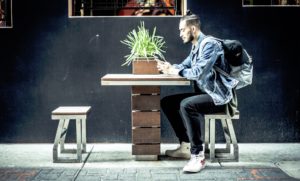 How To Manage Millennials At Work

I attended the MRS (Market Research Society) B2B Conference in June and I have to admit that it was so inspiring that I decided to publish my first article after reflecting on various topics that were discussed at the conference.

We can help with your data collection fieldwork using CATI.  Contact us and find out how we can help.